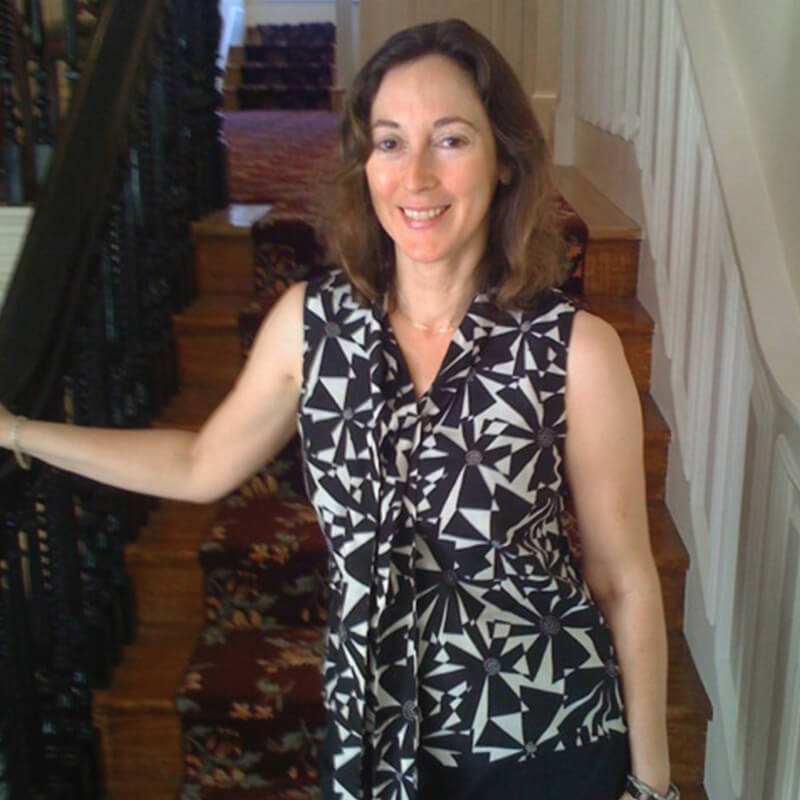 Carol Asher holds a Masters Degree in Reading and Literacy as well as her BS Degree in Special and Elementary Education with a Minor in Dance from the University of Maryland. She holds a Teacher’s Certificate (Advanced Professional) for K-12 Special Education and 1-6 Elementary and Reading Education. Carol has been a special and elementary education teacher for the Howard County School System for over 20 years and has developed a training program for new dance teachers in elementary level classes. Carol was the Creative Movement Program Instructor for the Columbia Association and is affiliated with the National Education Association, Council for Exceptional Children, International Reading Association and is the Artist Enrichment Coordinator for the PTA Executive Board. She performed with Kinetics back in 2003 and 2004 and looks forward to continuing at Kinetics again as an instructor. 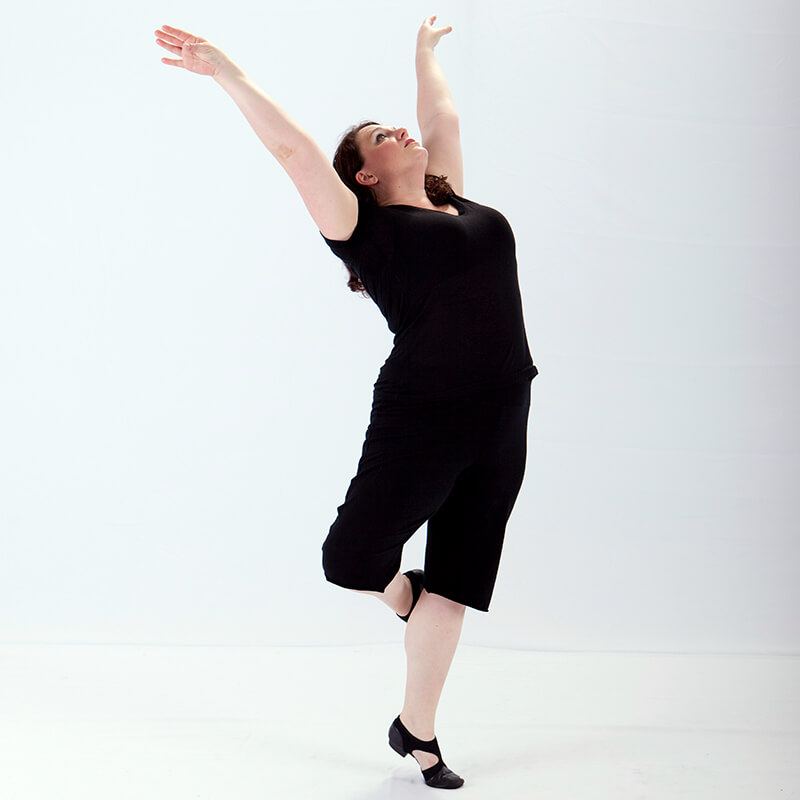 Colleen is a 2nd generation dance teacher and member of Dance Masters of America. She is certified thru testing to teach Ballet, Tap and Jazz (just like her mom!). Dancing in the DC Metro area since age 3, she has had the opportunity to study with many local teachers; however, she received the majority of her training at The Olney Studio of Dance (OSD) under the direction of Donna Reese (Rose) Byrd. At OSD, Colleen became a member of their first competition team (OSD Elite Team) and a competitive soloist in tap and jazz. While in college, she was a member of the Longwood Company of Dancers while minoring in Dance. Over the past 10 years, she has taught at a number of studios in the area including Silver Spring, Mt. Airy, Olney & Baltimore.

Currently, Colleen is the Associate Director of the Mid Atlantic Pom & Dance Association. She is also a judge for the organization, using not only her teaching experience but her time as a member of the Good Counsel (Wheaton, MD) Pom Team to help train other judges and provide learning opportunities for local high school teams. She has also been a guest choreographer for area high school dance teams, studio teams and pageants. Colleen is serving her 2nd term on the Dance Masters Chapter 17 Board of Directors, as well as Chair of the Petite & Jr. Miss Dance Chapter 17 pageants.

With a BA in Interior Design from Marymount University in Arlington, Colleen works as an Assistant Project Manager for a local construction firm during the day. She lives in Baltimore City. 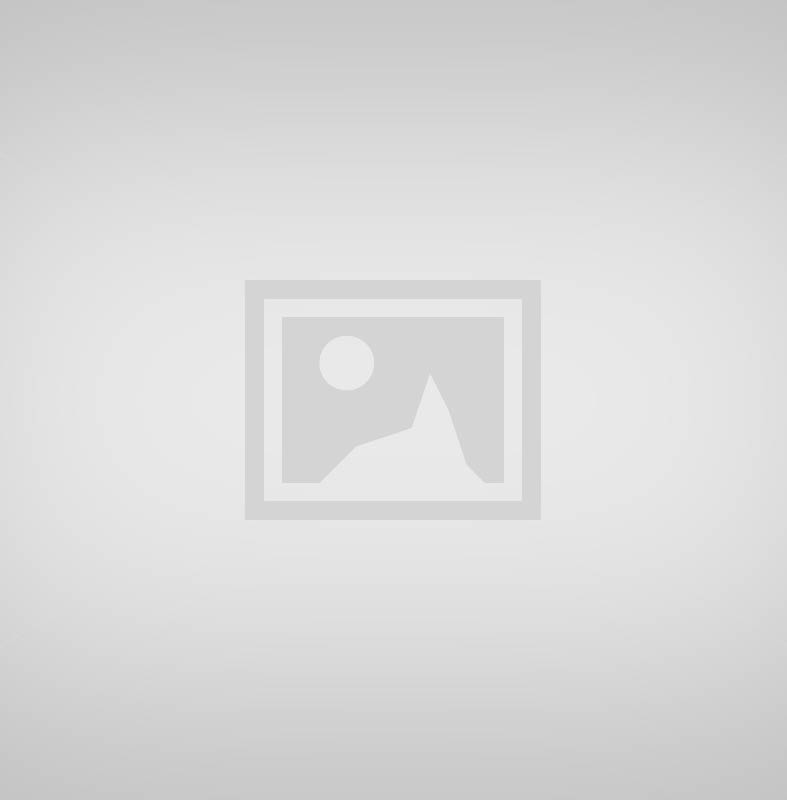 Yoga Instructor, Secretary/Treasurer of the Board of Directors

Kris has been practicing yoga since 1994 and teaching since 1999. She received her teaching certification at The Yoga Center of Columbia in the Iyengar and Anusara methods. She has studied Ashtanga extensively and in 2001 received her Ashtanga certification under David Swenson. Kris continues her yoga journey by attending as many workshops and seminars as she can. She considers herself fortunate to have been able to study not only with David Swenson but other such world renowned yoga instructors as Beryl Bender Birch, Roger Cole and Donna Farhi.

EC earned her BA from the University of Maryland at Baltimore County in Visual and Performing Arts with a concentration in Dance and later pursued her graduate studies at NYU. She also holds an AFAA certification in group fitness. EC has performed with The Eleo Pomare Dance Company, Ringling Bros. Circus, Sesame Street Live and several Maryland-based dance companies. Upon her return to Baltimore, EC appeared in and choreographed for several productions for area dinner theatres. EC teaches ballet, modern, tap, hip hop, jazz, Yoga, Pilates, indoor cycling and Kwando throughout the Baltimore/Washington/PA area. 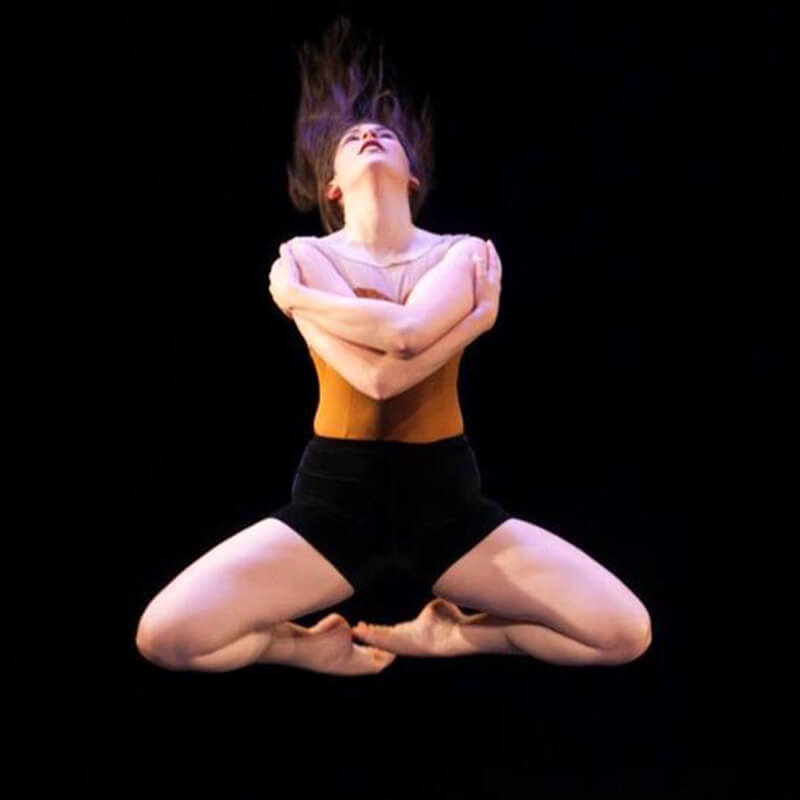 Erin Gum graduated in 2013 from UMBC with degrees in both Dance and Ancient Studies. While there and at various summer programs she studied under Douglas Hamby, Elizabeth Walton, Sandra Lacy, Christopher K. Morgan, and Helanius Wilkins among others. She went on to perform with the Howard County Ballet, Common Ground Dance Company, and currently dances with Kinetics Dance Company. She formerly directed the ballet program at Artistry Dance Company but is now at Kinetics Dance Theatre as the Director of Student Companies and instructing dance in styles including modern, ballet, pointe, jazz, lyrical, and tap. Erin is also the dance educator at the Beth Tfiloh Dahan Community School. 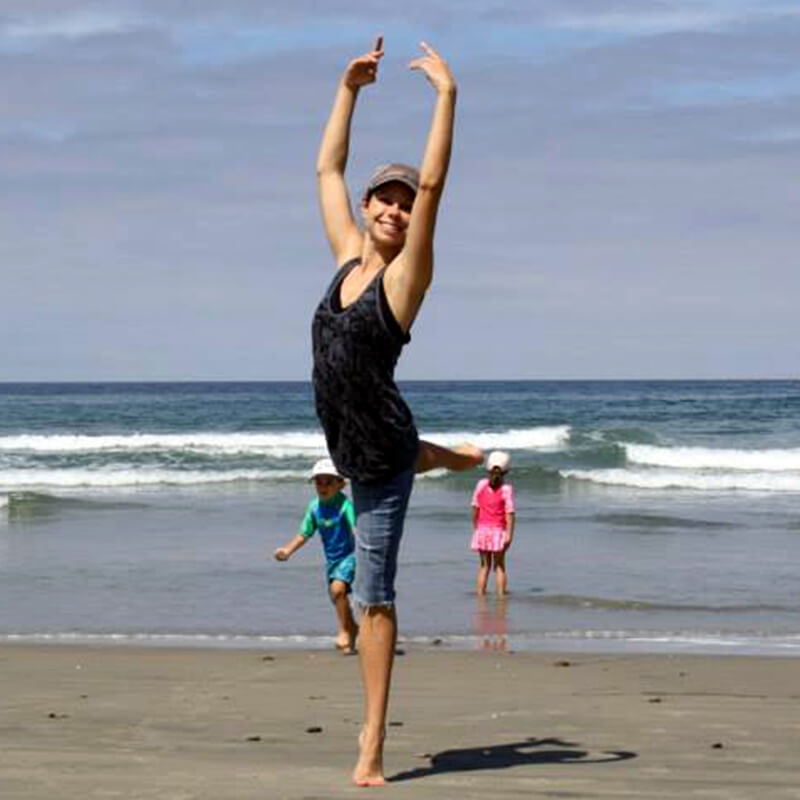 Jodi has been teaching dance for 15 years. She studied at Mid-Alantic Center for the Performing Arts and the Gniazdowski Studio of Ballet. She trained with private coach Dawn Verona. Jodi attended summer programs at North Carolina School of the Arts, Joffrey Ballet School, and Point Park University. In 2002, she earned a Bachelor of Fine Arts degree from Point Park University with a concentration in ballet. After college, Jodi danced and trained in New York City and became certified to teach the Pilates method under master teacher Deborah Lessen.

While in New York, she choreographed for and trained dance students in Connecticut, New Jersey and Maryland. In 2004 Jodi moved to St. Louis and worked at The Pilates and Yoga Center of St. Louis and did substitute work with Ballet Midwest. Jodi moved to Wuerzburg, Germany in 2005 and created a dance program for the children on a military installation. Fort Hood, Texas, was her next location, where she again created and maintained a reputable ballet program on base and also continued teaching Pilates mat work. She also had the privilege to dance with and work at the Newcomb School of Ballet. 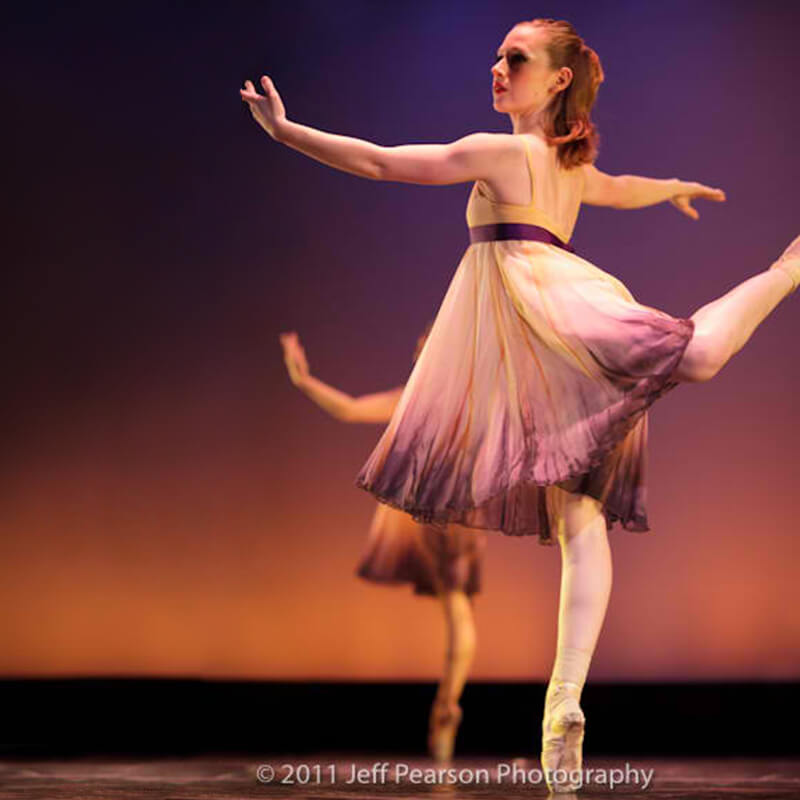 Katherine Heming, from Michigan, began her ballet training at age eleven at the Turning Pointe School for the Performing Arts in St. Claire Shores, MI. From 2004 to 2006, Katherine attended the Arts Academy in the Woods of Fraser, MI for her junior and senior years of high school, with a major in dance. Katherine graduated from Marygrove College in May of 2011 with a Bachelors of Fine Arts – Dance Performance where she was a member of the Marygrove College Dance Company. She performed on campus in the seasonal showcases, and performed several times at the Macomb Center for the Performing Arts in Clinton Township, MI. Katherine also attended ACDFA (American College Dance Festival Association) in 2009, 2010, and 2011 where she had the privilege of taking classes from various esteemed teachers from across the country.

While studying for her degree, Katherine studied many styles of dance, as well as a variety of dance concepts, including jazz, modern, ethnic, improvisation, dance composition, partnering, ballet, and pointe. After college, she taught for five years at a local studio. There she taught ballet technique to a variety of ages and levels, including the technique classes for the studio’s competition teams. For two years in a row she had her own small ballet competition team that performed and scored well at multiple competitions across the state of Michigan. She also taught a creative movement class for toddlers, an adult contemporary class, and lyrical. From 2014-2016 she trained at the Ballet Theatre of Maryland where she performed with the company and student showcases throughout the season. Katherine has a passion for dance and enjoys sharing her love and passion for the art form through teaching. 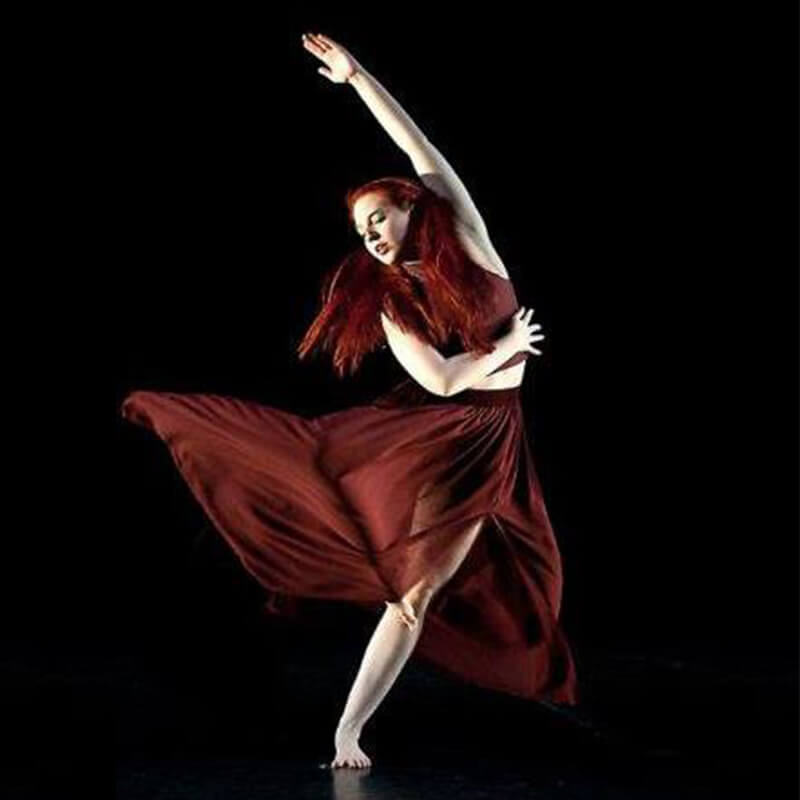 Alex Krebs has been an instructor at Kinetics since 2008 and directs Kinetics Senior Company. In the Spring of 2013 she received her BA in Dance performance from UMBC.  She has trained in ballet, jazz, musical theatre, modern, lyrical and hip-hop. At UMBC Alex trained with Douglas Hamby, Carol Hess-Vait, Sandra Lacy and former Paul Taylor dancer Elizabeth Walton. Alex has performed with Baltimore Dance Project and performs and choreographs for the Kinetics Professional Company. Alex recently choreographed Peter and the Wolf on Kinetics Professional Company with her work performed in collaboration with the Columbia Orchestra.  She has also performed at the American College Dance Festival, Megopolis Music Festival and Akimbo Baltimore. 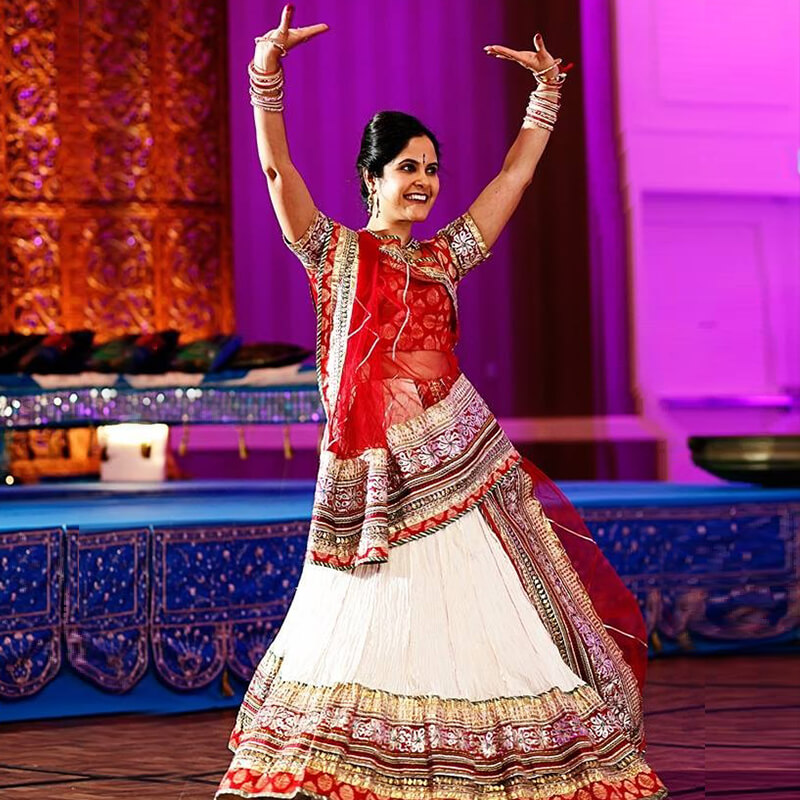 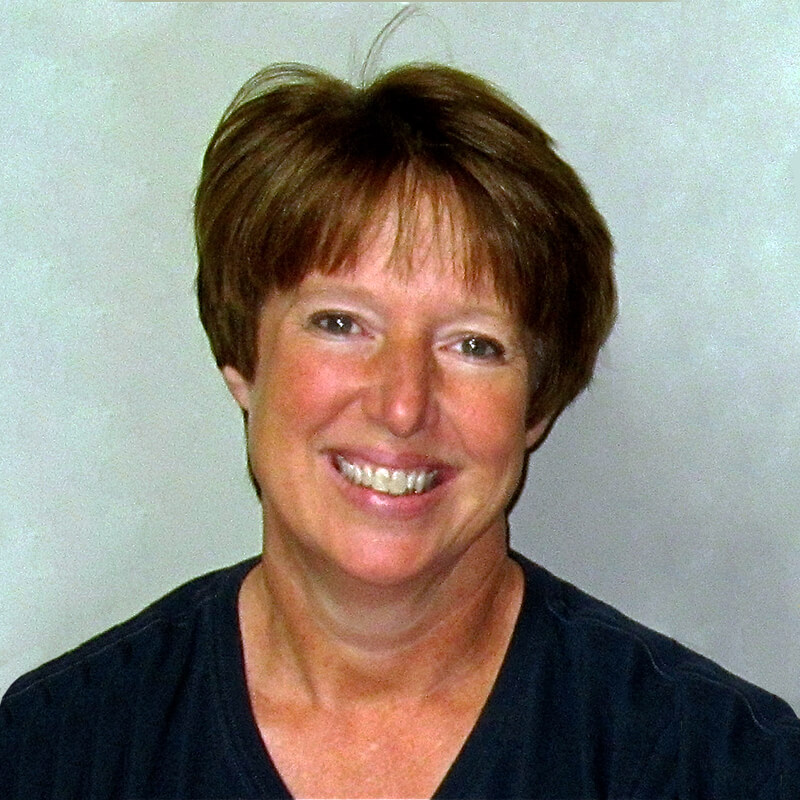 President of the Board of Directors, Combo Class

Julie holds a Master’s Degree in Special Education, B.A. degree in Early Childhood Education and a Minor in Dance. She has been with Kinetics since 1997 as a parent, teacher, and board member. 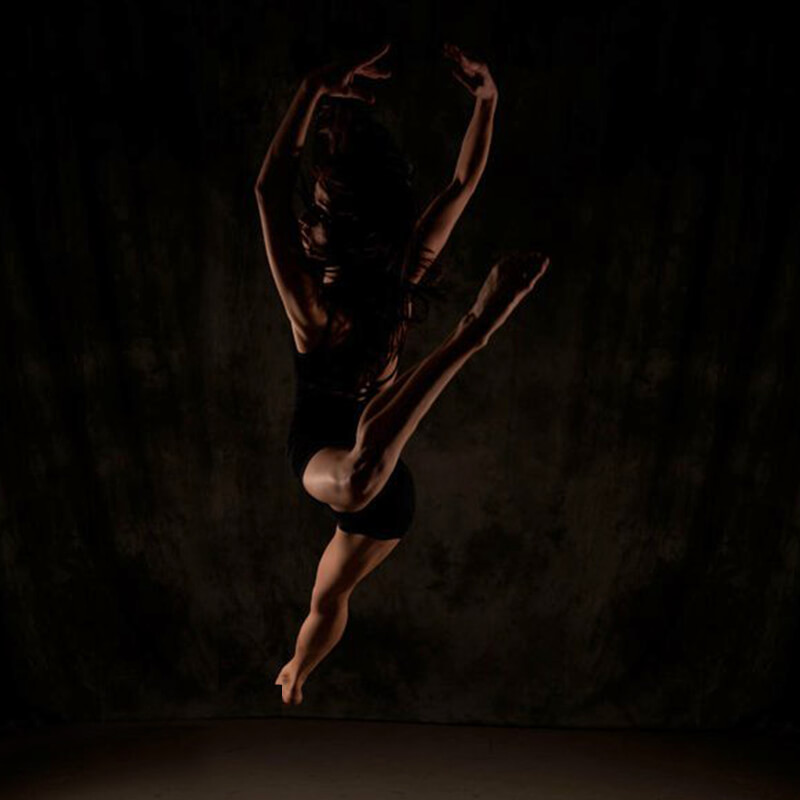 Melissa currently dances for Kinetics Dance Theatre and has been featured in roles such as ‘Peter’ in ‘Peter and the Wolf’, ‘Mowgli’ in ‘Jungle Book Tales’, as well as dancing in their adult concerts as well. Melissa has taught dance for ten years, in a wide variety of styles, for all ages and adult. In the past, she served as the School Director of Kinetics School of Contemporary Dance as well as the Junior Company Director. She is thrilled to continue to teach at Kinetics and dance with their company. Melissa is also currently Studio Manager and Student Company Director of Design In Motion Dance Studio. She looks forward to many years of dancing and teaching with Kinetics to come! 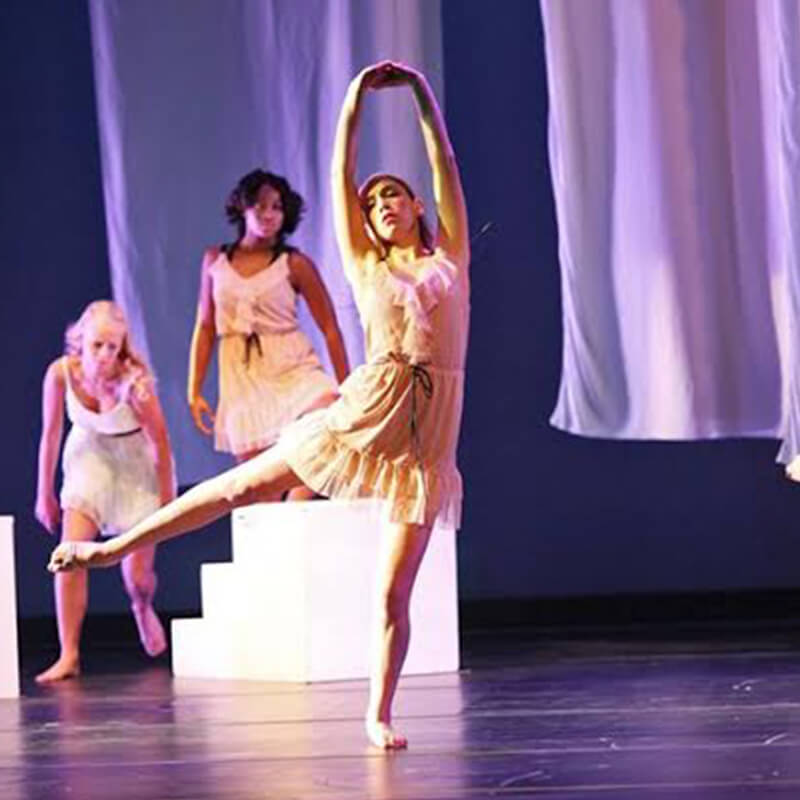 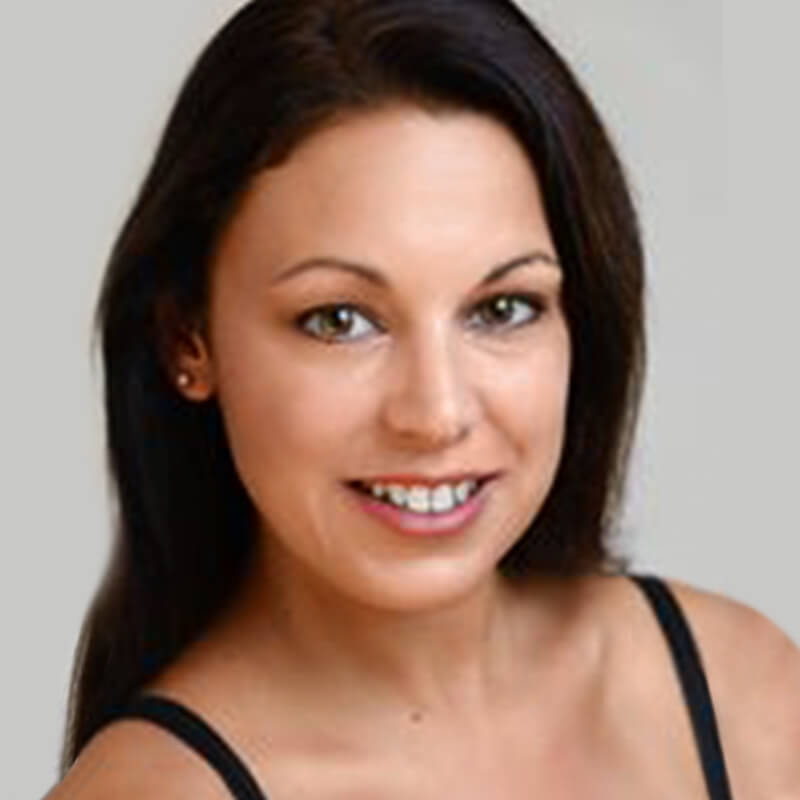 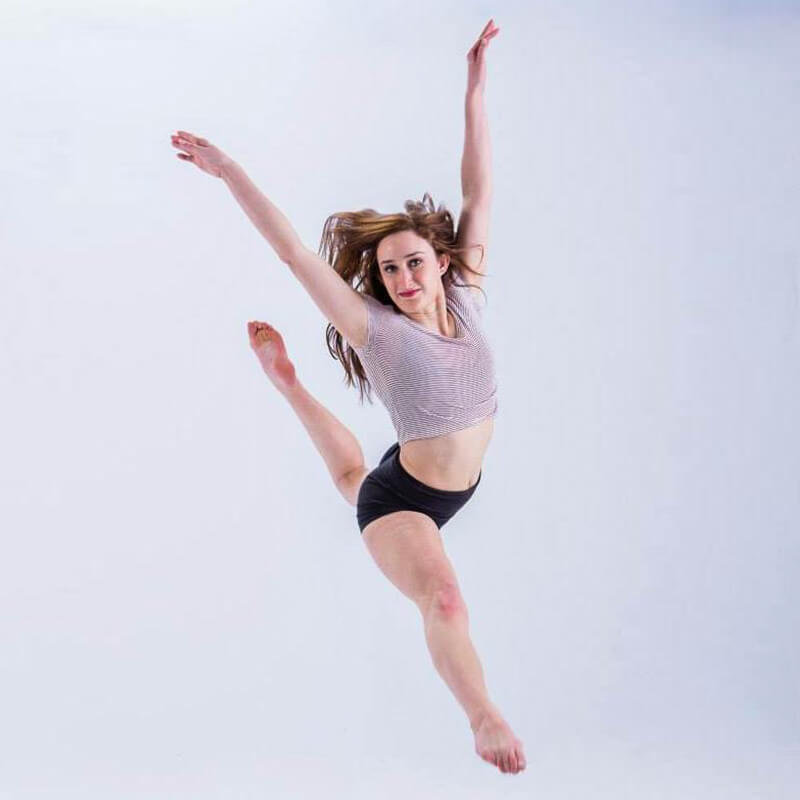 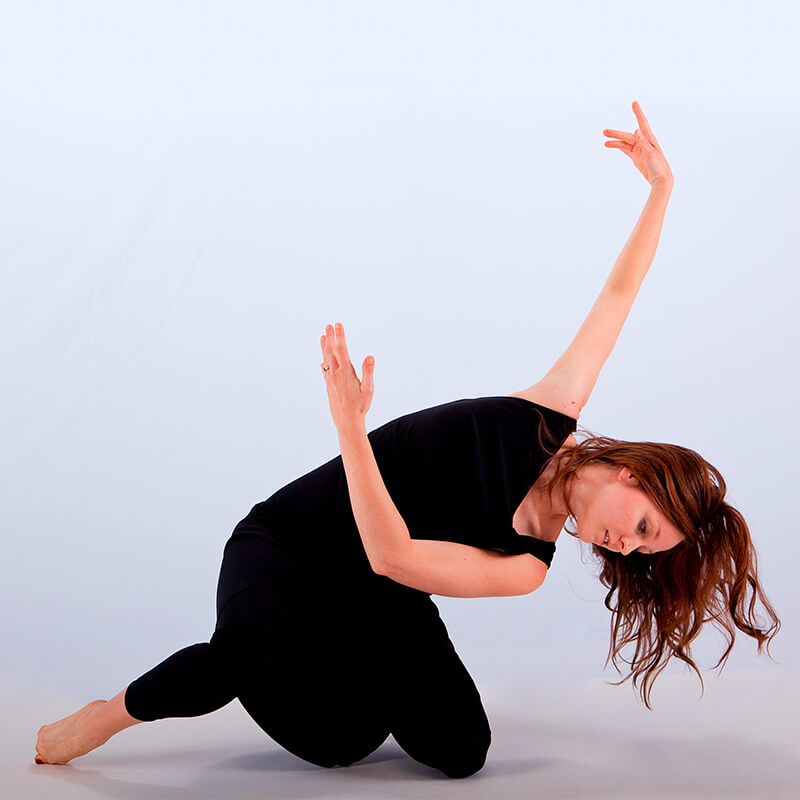 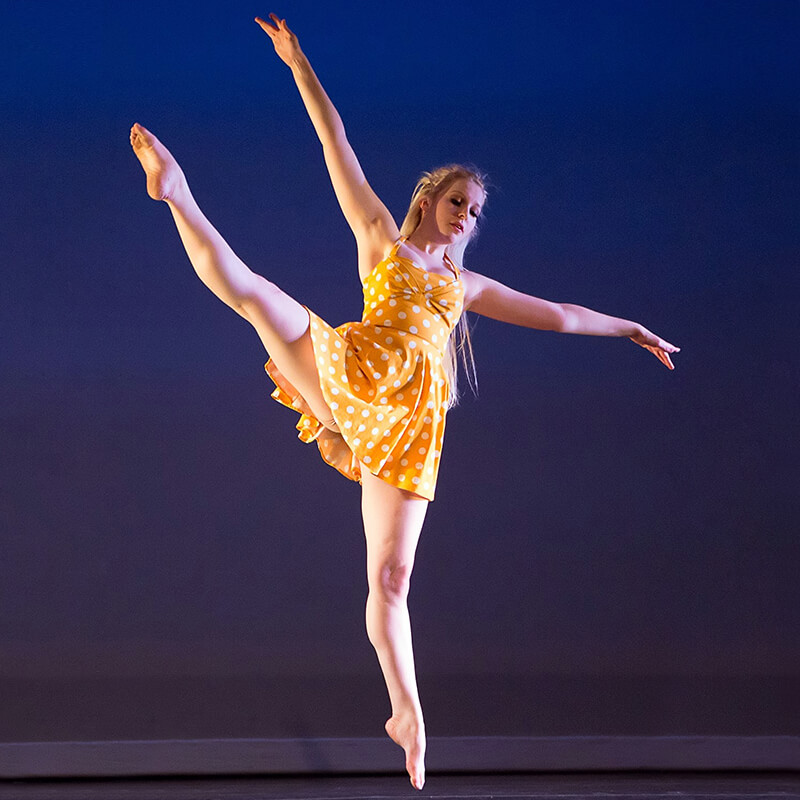 Teresa began her dance training right here at Kinetics, focusing primarily in Ballet, Pointe, Modern, Lyrical and Jazz, and she is going on to obtain her BA in dance at UMBC, as a Linehan Artist Scholar. Alongside her regular participation at Kinetics, she maintains a membership with Dance Masters of America, and performs with Howard Community College’s dance company. Choreographing being one of her passions, Teresa eagerly presented her choreography, “For Control” for Arts By the People in December 2015. She always dreamed of becoming a teacher, so every class she leads is actually a dream-come-true. 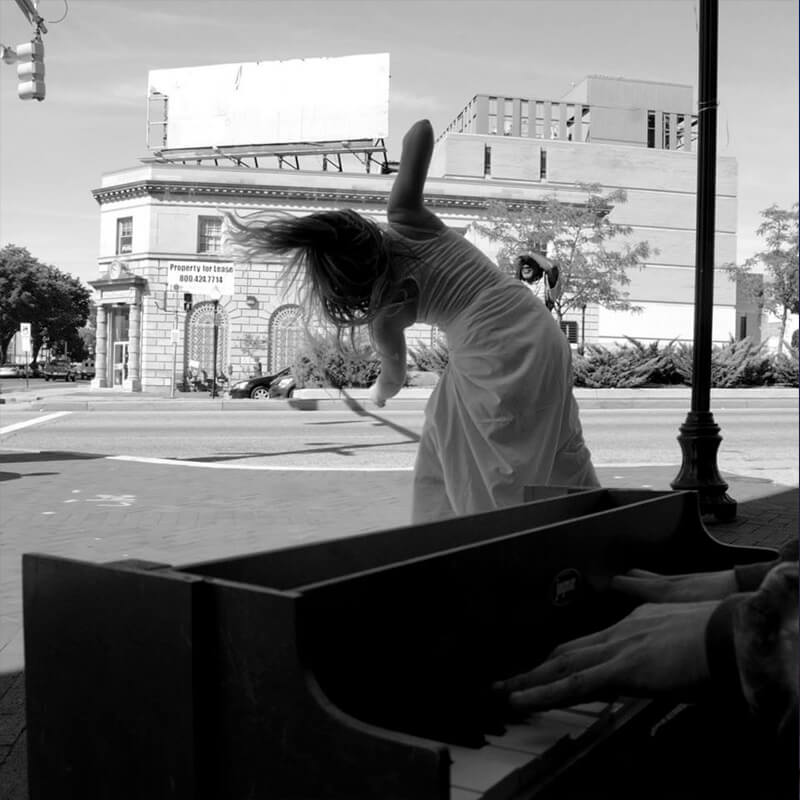 Desk hours are 4-6pm Monday-Friday, however we strongly encourage communication via email to minimize face-to-face interactions during the COVID-19 Pandemic.

Please email School@kineticsdance.org with any inquiries.